John Randolph Foundation Board of Trustees

Judith Smith has worked for Crater Planning District Commission for over 33 years. She is a graduate of Virginia State University with a BS in Business Education and Office Management. She serves on the Hopewell Recreation and Parks Foundation Board. 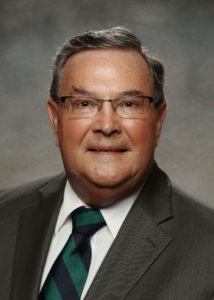 Robert “Bob” Owen, III is a long-time supporter of the Foundation and co-founder of the Bobby Owen Memorial Scholarship Fund, established in memory of his late son in 2003.  Professionally, he has been with Heritage Chevrolet in Chester since 1983 and with the Virginia Automobile Dealer Association since 2014.  Active in the community, he is a member of the Disputanta Ruritan Club, Masonic Lodge 15, the Scottish Rite of Free Masonry, ACCA Shriners, and St. Marks United Methodist Church in Petersburg.  Bob is a graduate of Prince George High School and John Tyler Community College.  He and his wife Katie reside in Chester. 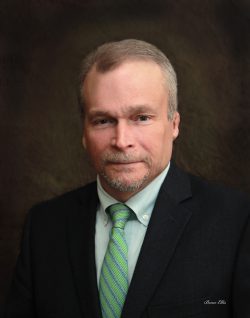 Lewis E. Stevenson is a native of Hopewell and a graduate of Hopewell High School. He has been married to his wife Tammy for 35 years. They have four children ranging in age from 16 to 31. He now lives in Prince George County where he is owner and President of Abateco Services, Inc., formed in August 1992. Mr. Stevenson served as Vice Chair and Chair during his 12-year tenure on the Prince George County School Board. He has also served on the Hopewell/Prince George Chamber of Commerce Board of Directors, The Virginia State Licensure Board of the Department of Professional and Occupational Regulation (DPOR), and as past Chair of the Hopewell/Prince George Red Cross. As a member of the JRF Board of Trustees, Mr. Stevenson will continue his many years of volunteer service in the community. 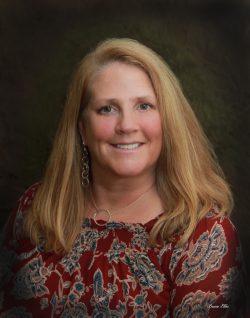 Susan Hyatt Ferrell is a domestic engineer at her home in Chester where she organizes the daily lives of her husband, Maclin, her three children and two dogs. Before becoming a stay-at-home mother, Susan worked as a 4th and 5th grade teacher in the Hopewell Public Schools. Mrs. Ferrell enjoys working out and playing tennis. An experienced traveler, she loves spending time in the Outer Banks of North Carolina with her family. Susan looks forward to serving on John Randolph Foundation’s Board of Trustees. As a former teacher, she is enthusiastic about supporting education through the Scholarship Program and is excited to learn how she can help others in the community while serving on the JRF Board of Trustees.

Photo forthcoming Derrick A. Johnson is a civil engineer and partner with Timmons Group, holding professional engineering licenses in both Virginia and North Carolina. He is a graduate of Prince George High School and the Virginia Military Institute with a BS in Civil Engineering. He has been married to his wife Jacqueline for 34 years, and they have two children. Active in the community, he has served as president of the Hopewell/Prince George Chamber of Commerce, Chairman of the Prince George Industrial Development Authority, and Bishop of the Hopewell Ward of the Church of Jesus Christ of Latter-day Saints. He has been a supporter of the Foundation and is a co-founder of the Bobby Owen Memorial Scholarship Fund. As a member of the JRF Board of Trustees, Derrick will continue his many years of volunteer service in the community.

Photo forthcoming Hal B. Miles, Sr. is a retired Chemist/Plant Production Manager from Honeywell and Evonik-Goldschimdt respectively. An elected School Board member to Petersburg City Public Schools, he is a graduate of Virginia State University in Chemistry with Graduate and Advanced Studies from VSU, VCU, U of R, and J. Sargeant Reynolds’ CC. Mr. Miles has been recognized as a past Lobbyist for Multiple Sclerosis in Virginia General Assembly, 2x Sports Hall of Fame inductee for Virginia State University and Petersburg High School, Head Coach of 2016 Virginia 5A State Champions in wrestling at Matoaca High School, a life member of Phi Beta Sigma Fraternity Inc, Elder in the Church of Jesus Christ Latter Day Saints, and current Vice-Chair for Virginia School Board Association Southside Region. He is a youth mentor and life coach, is married to Kimberley Willis Miles, and is a proud father of three. 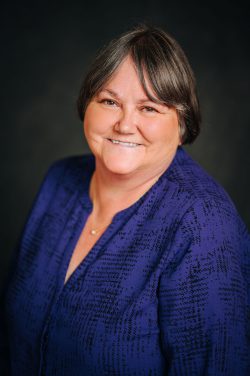 Dana retired in 2019 after 38 years in the power industry. A graduate of Indiana State University, her career began at Hoosier Energy and brought her to Hopewell for the startup of the Cogentrix Energy facility. She spent 32 years there until its purchase by AdvanSix, where she worked until retirement. Dana has been a strong community volunteer serving as Campaign Chair for Hopewell-Prince George United Way, Ambassador for the Hopewell/Prince George Chamber of Commerce, a member of Hopewell and Prince George Local Emergency Planning Committees, Community Emergency Response Team, and Virginia Energy Workforce Consortium. Dana is a proud member of the Rotary Club of Prince George County, where she was named Rotarian of the Year. She is a Paul Harris Fellow, Paul Harris Society member, and Rotary District 7600 Service Award recipient.

Mattie W. Thweatt received her undergraduate and master’s degrees from Virginia State University and her post-master’s degree in Administration and Supervision, Grades K-12, from Virginia Commonwealth University. An educator for 20 years, she has worked for Prince George County Public Schools as a teacher and administrator for 15 years and is currently the Associate Director of School Administration. Mrs. Thweatt has been an advocate and a mentor for the youth in the community during her entire career.

Jo Turek served many years Director of Recreation and Parks for the City of Hopewell and has volunteered with many organizations including Hopewell-Prince George United Way and Friends of the Lower Appomattox River (FOLAR). She currently serves on the Board of Directors of the Virginia Recreation and Parks Foundation. Ms. Turek has served John Randolph Foundation as an advisor, a Scholarship Committee member, and as chair for the annual Hit the Greens for Scholarships golf tournament.